Linalab && !ME are Lina Bautista and Diego Suárez, two artists who crossed their paths for continuing their explorations about the analogic and manual side of both music and image. They seek to create sound and visual landscapes getting the farest away from digital methods and generating it in real time, giving the show an improvisation character. 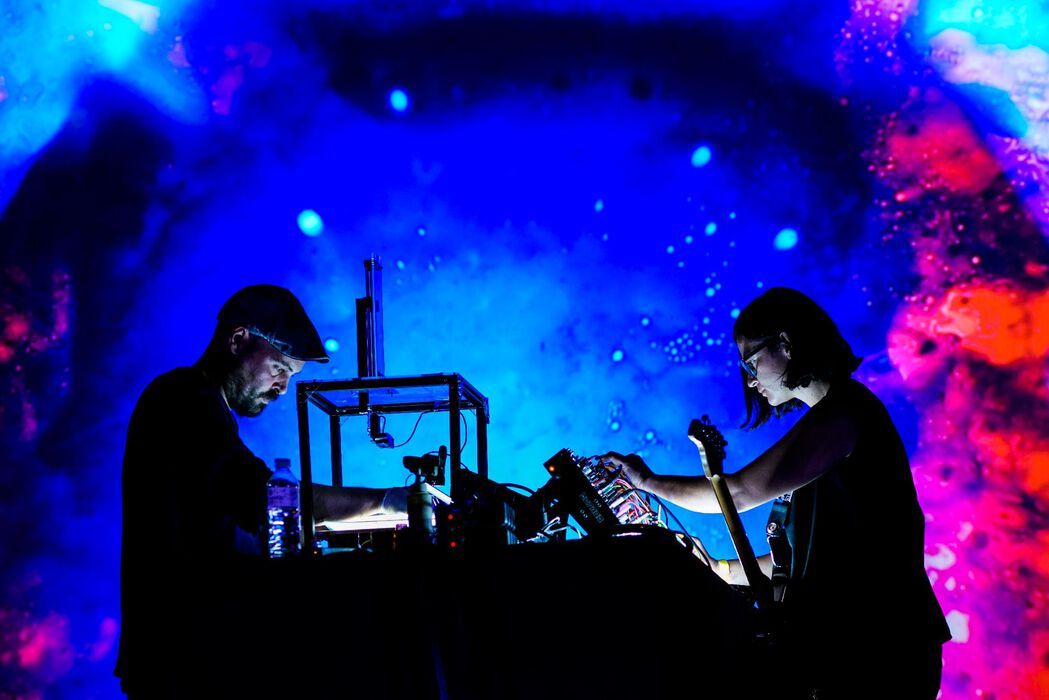